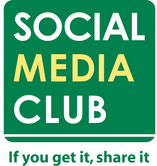 There is certainly no shortage of discussions related to the Social Media Release. It’s like that old saying. For every one person who speaks up, you can bet that it represents a greater collective of sentiment within the public. So, for every post or article on the Social Media Release, you can bet that there are countless PR veterans, emerging professionals, and students are who are intrigued, confused, supportive, or against the notion of a new platform for sharing, distributing, and hosting news and ensuing conversations.

Vocus and The Society for New Communications Research will host a free webinar offering marketing and public relations professionals advice on adapting the press release to meet the evolving needs of traditional and online media.

Titled “The Evolving Social Media Release,” the webinar will be held on Tuesday, March 4, 2008 at 2:00 pm ET. To register for the webinar, click here.

So, which format of the SMR will ultimately prevail?

I’m not sure there has to be one way to do any release, whether social or traditional. The discussion, as of right now, only helps improve the foundation for ALL forms of press releases.

Perhaps it’s simply suum cuique, to each his own.

4 COMMENTS ON THIS POST To “Learn, Discuss, Debate The Social Media Press Release Live on March 4, 2008”