The Dawn of the Social Consumer

What may sound like buzz words or mere hype, is actually the beginning of the end of business as usual. Welcome to the rise of the social consumer and a new era of social commerce. Look at the picture above and think about how physical and online stores can integrate the social graph into the shopping experience right now. The possibilities are limitless and we can introduce everything today.

From online to offline to online again, social consumers are checking into businesses, fusing online and offline engagement and influencing behavior and decisions in the process.  These increasingly important acts of social exchanges are gaining in value and delivering benefits for both sides. As a result, social consumers now expect to be rewarded for their role in the socialization of your brand…and rightly so.

Rumors are already swirling that the recently launched Facebook Places geo-location service will soon encourage businesses to offer deals in exchange for check-ins.

In a recent experiment, Gap offered visitors 25% off purchases in store, simply for checking-in. Gap executives realized that offering 25% off of merchandise was still profitable and also a small investment to make in social advertising via word of mouth, which extended from Foursquare to Twitter to Facebook to blogs and eventually traditional media. Yes, the same company that realized the negative effects of social media when it tried to introduce a new logo without consulting the social consumer, also learned how to motivate them to take positive action. A separate offer entitled The BlackMagic Event offered Facebook and Twitter users 25% as well as a free pair of jeans to the first 50 people who showed up in each location.

At a minimum, businesses are starting to realize that checking-in, Tweeting, Liking, and sharing are forms of social currency as well as a personal endorsement. Recognition is the least that a business can do to attract and incentivize social consumers. Introducing special offers and rewards is how we amplify these lucrative endorsements, extend brand reach and transform businesses into social objects where everyday people contribute to ongoing presence in social streams. The benefits are not only mutual, they are empowering.

As discussed earlier in the series, F-Commerce, check-ins, updates, etc. are just the beginning in a rapidly evolving era of social commerce. New services such as Shopkick, introduce real-world incentives to recognize and encourage checking-in and might well represent the future for location-based marketing overall. Using mobile phones, consumers can check-in to a store to initially earn “Kickbucks.” In addition, consumers are urged to scan barcodes to increase points and also learn about special deals. The service also uses special audio transmitters that can help determine where in the store the consumer is at any moment, to lure them toward exclusive offers and promotions simply by walking around.

Experiences shape experiences. In many ways, what we purchase is also symbolic of who we are and who we want to be. When we combine the allure of social media, it seems almost natural to share our purchases and experiences with friends who define our social graph online and in real life.

Not only are consumers broadcasting their location, but they’re now willingly sharing their purchases as well.

I recently hosted Philip Kaplan, founder of Blippy, for a interesting discussion on (R)evolution where we explored the increasing volume of purchases broadcasting to the social Web. Indeed, a new genre of applications convert transactions into social objects with services such as Blippy, Swipely, and others, enabling users to connect their credit cards or e-tail accounts to their social streams.

For example, in Blippy, a purchase made on Amazon is introduced into the Blippy stream where followers can comment, review products, and share experiences. Uber users also syndicate their Blippy updates to Twitter and Facebook, sparking conversations around purchases and products across the social Web. But it isn’t just emerging companies who are facilitating the syndication of transaction in social media, major financial organizations are experimenting with social influence and commerce as well.

As my good friend Lisa Grimm pointed out, Social Currency by American Express is also socializing transactions. Social Currency is a free iPhone app built on the Foursquare platform that lets users keep a wish list, share photos of purchases, and comment on friends activities, syndicating content to Foursquare and Twitter. Launched as a complement to Currency, its portal for providing financial advice for young professionals, American Express is placing transactions and intentions at the center of social networking, encouraging interaction and ultimately action through the social effect.

But, why would someone broadcast their purchases to the social Web you ask?

I have a theory…

When a brand does its job right, it creates an emotional connection. The affinity it engenders contributes to who we are as individuals and how others perceive us. In the social web, sharing our purchases and experiences serve as social objects which are essentially catalysts for sparking conversations. At the center of this discussion is the product. Experiences, impressions, and perceptions cast bridges that link us together. As the conversation unfolds, the hub connects the product to individuals who not only respond, but also consume, where information directly or indirectly influences behavior and opinion. This form of subconscious empowerment seemingly builds confidence according to some new research.

As social capital factors into the equation, these conversations represent touchpoints where positive experiences take the shape of endorsements and ultimately c0ntribute to the overall branding process.

Creating a Persona Through Actions and Words

A recent study out of The University of Minnesota demonstrates something that sociologists have long believed, our favorite brands contribute to who we are. Services such as Blippy or Social Currency actually contribute to the cycle of social maturation and lend to the idea that brands not only rub off on self-perception, but sharing these transactions help to fortify this vision we have of ourselves. The Journal of Consumer Research published the study, “Got to Get You Into My Life: Do Brand Personalities Rub Off on Consumers?” which makes a strong case for establishing the intangible relationship a brand may have with its consumer.

Authors Deborah Roedder John and Ji Kyung Park of The University of Minnesota set out to answer critical question, that is actually paramount in social media, “Why are brands such as Cartier, Harley-Davidson, and Nike so well-liked by consumers? One of the reasons is that they have appealing personalities.”

As part of their research, women were given bags to carry around a local mall for an hour. Several were given Victoria’s Secret bags, while others toted plain pink shopping bags. The study surfaced an interesting connection. Those women who carried Victoria’s Secret bags felt more feminine, glamorous, and good-looking. On the contrary, those with the pink shopping bags felt indifferent.

These studies represent a harbinger of the importance of personal relationships and how they’re fostered in brand experiences. Businesses must bring their companies and products to life. As other studies show, social networking is incredibly emotional. As I wrote in a recent post, “Once More With Feeling,” some experiments show that as we Tweet, our levels of oxytocin rise.

As brands become more social and in turn, as experiences are socialized, the ability to forge emotional connections is instrumental in cultivating community development, loyalty, and advocacy.

Everything starts with intentions. Brands must now define the pillars of character, mission, purpose, and persona in order to foster desired engagements and outcomes. No brand is an island and we must now build bridges in order to connect our value proposition to customers and the people who influence them. The socialization of commerce begins with recognition of the social consumer and an understanding of what inspires them. It’s then our responsibility to earn attention and establish relevance within their communities in order to also make them our own. 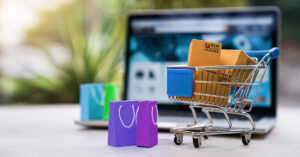 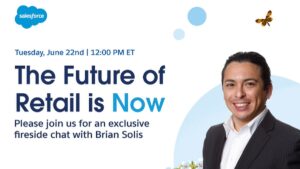