The Curation Economy and The 3C’s of Information Commerce

Several years ago I had the privilege of working with Steve Rosenbaum, author of Curation Nation. Back then Steve was already vested in the future of online curation and his grande conquête was playing out with Magnify.net, a realtime video curation network. At the time, he was also a staple at some of the tech industry’s most renown conferences sharing his vision for social, video, and curated content. As Steve was completing his new book, he asked if I would write the foreword. At the time I was finalizing the new version of Engage! and as a result, I couldn’t make his deadline. But nonetheless, I was inspired to write an honorary foreword that I’ve held onto to celebrate the official release of Steve’s new book.

The Curation Economy and The 3C’s of Information Commerce

I always appreciate when a very complex and important subject is simplified to ease understanding. Curation is no exception. The truth is that for several years there were two kinds of people in social media, those who create content and those who consume it. Historically, creators were among the digital elite, the so-called digerati, as only a small percentage was actively dedicated to creating. But there’s a world wide web out there and everyday people consuming social content dramatically outnumber the digerati.

Forrester Research tracked how people adopt and use social technologies through its Technographics research. In 2010, Forrester observed that almost 70% of people using social media simply consumed content. They did not comment. They did not post. They kept the information they found online to themselves. My personal research would later show that if something was worthy of sharing, email served as the distribution of choice over any form of public sharing.

Creating original content, consistently over time, is daunting. While content platforms are designed to make publishing uncomplicated, these tools still required time, understanding and also a tremendous amount of energy spent on audience building. The sacrifice hardly warranted the return. After all, it’s very unrewarding to spend time creating something special over and over only to have it constantly debut to crickets. To join the ranks of the digerati or even that of content creator required a substantial investment, one that most could not afford.

As we weave our social graph, we inherently earn built-in audiences, namely the people we know, for the thoughts, experiences, and information we share. Sharing is now serving a form of everyday communication and in many ways a form a social currency. Now, social networks live and breathe based on what we share online. As our experiences serve as network lifelines, the simplicity of introducing social objects into the stream becomes paramount. Social objects spark interaction and bring streams to life and it is only getting easier for individuals to package, share and interact with these objects as their networks grow and evolve.

With the rise of Twitter and Facebook, we witnessed the emergence of new categories of publishing tools and corresponding networks. Today, microblogs and tumblelogs such as Posterous and Tumblr are gaining universality. Tumblr alone boasts over 6 million users and 1.5 billion monthly pageviews and it’s just the beginning. Unlike traditional platforms such as WordPress and Blogger, microblogs simplify the process of sharing experiences. But unlike Twitter and other forms of micromedia, microblogs have memory and they allow for the inclusion of expanded context. Like blogs, they serve as a repository for the brand “you” and all that you represent. These new tools build upon the foundation that houses the digerati, adding new rooms and levels for a new breed of content creator.

In my opinion, blogs will remain as the hallmark for deeper expression and demonstration of expertise and opinion. Microblogs will empower those with a voice to share their perspective with greater consistency without the emotional and time commitment required of blogging. Micromedia will serve as the bridges between the events, observations, and the social objects that bind us. And for those macro and micro bloggers, micromedia represents bridges to the content they create and the extended audiences they hope to reach. Additionally, micromedia represents the ability to surround social objects with interaction in real-time.

Interest Graphs are the Future of Social Nicheworking

As social media pushes us further into the spotlight of living life in the public stream, we’re encouraged to share more of ourselves online and we’re rewarded for doing so. When we share something interesting, we earn reactions in the form of Tweets, ReTweets, comments, Likes, Favorites, shares and sometimes we’ll trigger micro and macro blog posts. The greatest reward for consistently sharing interesting content however is the request for new connections, friends, fans, and followers.

Social networks and the exchanges that take place after sharing a social object set the stage for a new genre of information commerce. These interactions essentially change how we communicate and connect with one another. They also change how we find and share information. And herein lies both the significance of social media and its opportunity.

In social networks, the people that we are connected to create our social graph. But as we share, we are changing the dynamics for relationships. What was simply a digital reflection of the people we knew is now morphing into connected groups that also include people who share our interests.

As we share interesting content, we basically share a bit of ourselves, serving as an expression of what interests us. The new connections we earn as a result change the nature of our social graph. Now, social graphs are transforming into what I refer to as “nicheworks,” groups of networks within the greater network that represent various subjects and themes in addition to the friends and family we know.

While a social graph is defined by the individual connections one maintains in online networks, these nicheworks essentially create focused interest graphs that represent the network of individuals bound by expressed recurring public themes.

The evolution of social graphs into interest graphs sets the stage for a more efficient and connected series of networks that combine context and attention. Interest graphs link individuals to the people and information they most align with across focused themes. As a result, the social media landscape will undergo an interesting transformation as it forms the underpinning of information commerce and the 3C’s of social content – creation, curation, and consumption. While blogging typically resides in the upper echelons of the social media hierarchy, microblogging is extending the ability to create beyond the elite. Furthermore, a segment between microblogging and micromedia has opened up an entirely new class of content sharing. These new services further democratize the ability to publish relevant information through the interest graphs of interconnected nicheworks. While it’s not quite content creation, the role curation plays in information commerce is pivotal.

You might not even realize it, but you’ve already packed your bags and are well on your way to living in a curation nation.

Welcome to a Curation Nation

Are you a content consumer or creator? Some might say both, but in reality, most serve a role between creation and consumption. Not quite creator and far from solely consuming content, social curators introduce a new and important role into the pyramid of Information Commerce. The traditional definition of curator is someone who is the keeper of a museum or other collection. In social media, a curator is the keeper of their interest graphs. By discovering, organizing, and sharing relevant content from around the Web, curators invest in the integrity and vibrancy of their nicheworks and the relationships that define them. Information becomes currency and the ability to repackage something of interest as a compelling, consumable and also sharable social object is an art.  As a result, the social capital of a curators is earned through qualifying, filtering, and refining relevant content and how well objects spark engagement and learning.

Tools, networks and services that cater to the role of the curator are already gaining traction, with several already leading the way. Storify, Curated.by, Scoop.it, Pearltrees, and Paper.li represent an array of leading services amongst curators as they not only enable the repackaging and dissemination of information, they do so in captivating and engaging formats. Like social networks, these services also connect people to one another, but instead of creating social graphs, curation networks weave interest graphs. Rather than creating original content, curators discover relevant content and share it within their networks of relevance with added perspective. The stream of an interest graph is rich with context and narrative allowing anyone connected to learn and interact based on the subject matter that captivates them.

The art of curation also extends to traditional social networks such as Twitter and Facebook and through status updates any social network of choice. Curated content also serves as social objects that spark conversations and reactions, while also breathing new life and extending the reach of the original content – wherever it may reside. Curators play an important role in the evolution of new media, the reach of material information, and the social nicheworks that unite as a result. Curators promote interaction, collaboration, as well as education around the topics that are important to them. As such, services that empower curators will fill the void between creation and consumption. Forrester’s estimation of consumers of social content will erode from 70% to much lower numbers as many ease into social networking through curation – sharing with others the content that captivates their attention.  The ease of doing so forever converts the static consumer into a productive curator or perhaps one day, a full fledged creator.

With creation and curation increasing the exchange of information commerce, we are moving new media toward the mainstream creating bridges between social and traditional media and the people who connect around related information. As such, what you discover and equally what you share creates an information economy rich with contextual and topical relevance linked through shared experiences.

Welcome to the curation nation, population…growing! 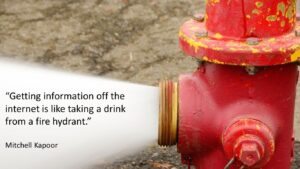 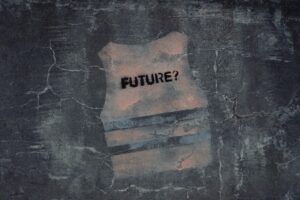