Part 13 in a series introducing my new book, The End of Business as Usual…this series serves as the book’s prequel.

These days, customer service seems to be a contradiction of words and intentions. Year after year, customers are appealing for attention, efficiency and a communicated sense of being appreciated. After all, what is the value of customer acquisition if retention itself isn’t valued? Now with social networks becoming the preferred channel of communication among connected consumers, businesses are losing ground and faith. The reality is that customers will share their experiences whether positive or negative and they will influence the decisions of others. The question is, how are you changing your service model to shape and steer experiences that deliver value to customers and also back to your business?

Social networks are emotional landscapes that are populated by human beings, not consumers. It is for this reason that many existing customer service approaches to social networks are the equivalent of the tips of icebergs we see above water. The real opportunity lies underneath the waterline and as you can imagine, it is beyond formidable. As part of this special series, my good friend Frank Eliason decried that social media customer service is a failure! He surely startled everyone including those who are championing change from within. To explain, I’ll provide a bit of context to his position. In order to do so however, we’ll need to peel back an additional layer to demonstrate where customer service and social media are missing confluence. I refer to this phenomenon as the Horseshoe or the Arc Effect.

On either end, social media and customer service are either established or developing within the organization. While each exist, they do not naturally co-exist in regards to process, systems, vision, or collaborative workstreams. Allow me to clarify. Today, social media is mostly owned by one of three functions within businesses today, 1) marketing, 2) marketing communications, or 3) public relations. Social media essentially exists within its own silo and is largely disconnected from other divisions.

When a customer tweets at the company with a problem, the social media team is either unqualified to respond or chooses only to focus on those interactions that correspond with their focus or the company’s marketing efforts. Either way, the customer doesn’t see, nor do they care about, who owns social media. They see one company and they simply need an informed and empathetic response. Even when a company has a service team dedicated to social media, it is often a progressive front with a traditional infrastructure – or perhaps said another way, making something appear better than it is. When a customer is engaged, they’re often prompted to take the interaction offline, say through email or phone with a specialized representative, or they’re simply referred to a particular web address, phone number, or email address to start the process from the beginning through existing, less preferred channels.

Case in point, Niklas Femerstrand is a web developer who discovered a security gap in a particular web page owned by American Express. Long story short, the security hole left an administration panel for Web site debugging wide open for anyone to access and provided a potential avenue for attackers to target AMEX customers. Rather than exploit the gateway, he alerted AMEX via the channel he relies on for personal and professional communication…Twitter. What happens next only demonstrates the horseshoe effect and why closing the gap sooner than later will benefit customers and the company alike.

In his own words, Femerstrand expresses his disbelief when he could not get through to the company on a network where it maintains multiple presences,  “When somebody voluntarily contacts a company and repeatedly mentions words like ‘security vulnerability’ and ‘hacker’ one would think the company would act as quickly as possible.”

If you follow the exchange below, you’ll see that Femerstrand made an honest to goodness attempt to reach what he deemed to be the most direct channel to the company, @AskAmex. Please do take a moment to read each line item so that you can both see and feel his frustration and also visualize the horseshoe effect that separated social media from customer service.

As you can see, the exchange is priceless. Poor ^Courtney…

Femerstrand was clear. He didn’t want to be referred to a traditional service backend.  While Courtney was staffing the shift for @AskAmex, she was obviously not trained to handle such a situation and therefore demonstrated the horseshoe effect perfectly. So what is Femerstrand left to do when he was insistent that he wanted to help the company, but did not have time or patience to go through a “technical support jungle?” He blogged not only about the experience, but he also exposed the code and tipped security publications everywhere.

What’s the ROI of a Good Customer Experience

In his post about the failure of social customer service, Frank Eliason also notes that part of the problem has to do with how customer service is measured or valued within the organization today. Traditional metrics that are deeply rooted within the call center today are used as a baseline for an entirely new paradigm. Fortunately or unfortunately, the connected customer defines the rules of engagement and based on the interaction, will in turn share their experience whether it’s positive or negative.

This brings me to the failure of social service. The other day someone tweeted me asking about current costs of phone calls versus the cost per Tweet for customer service. Ugh! This is new media and yet we’re already focusing on old metrics. The truth is that the service world has been broken for years because of the emphasis of handle time or calls per hour. Companies do not want to talk to you, and it shows. The fact is most do not want to Tweet with you either. Since they are worried about brand sentiment, they may appease you to shut you up. Sorry, shutting your customer up is not customer service and trying to expedite resolution isn’t a metric for the new world of consumer influence.

The time is now for new metrics. And by new metrics, I’m not referring to those that simply measure time to resolution, cost per tweets, wait times or Tweet reduction. The opportunity for increased engagement is the real opportunity for customer service. This isn’t about getting away from the customer or simply about solving problems. This is about creating exceptional and shareable experiences! Customer service can contribute to engagement, advocacy, loyalty, and what I call NPS 2.0 aka SPS (Social Promoter Score). It’s not the traditional NPS of whether or not someone would refer a product or company. In social media, we can see if someone actually did and compare that to those who are clearly public detractors. We can also view those detractors that recommend against a purchase.

Additionally, the new doors that are opening to customer service and customer engagement don’t simply have to be relegated to negative experiences. For example, I recently flew United Airlines and I was fortunate enough to have an exceptional experience on a flight from New York to San Francisco. I was so elated with the wonderful customer focus of one flight attendant in particular, that I decided to share it with @United.

I wasn’t surprised when the response was the equivalent of digital crickets. But, I had high hopes for some form of acknowledgement. And even though I know I was daydreaming, I would love to have seen the semblance of a system where that feedback would get back to both Meg Callan and her manager. All too often, social customer service focuses on optimizing the systems and strategies to contend with experiences when they negatively impact social streams. But I believe that if businesses can provide mechanisms where customers, employees, and positive experiences are rewarded, more people will become willful advocates than detractors.

If you’re unclear where to begin, then simply ask. When Google+ was new on the scene, prior to the release of its official brand pages, several companies such as Dell and Ford asked customers how they can use the new network to engage more effectively with customers. In one such case, Michael Dell personally asked followers on his profile if they would like to connect with Dell service via video directly on Hangouts.

The response, to say the least, was phenomenal. Customers were elated that Michael Dell would ask people what they want while also demonstrating how an organization could use new tools to improve customer experiences. The result is support, loyalty, and advocacy. Additionally, the result of one simple post resulted in an array of influential press. I guess that says everything about that state of customer service. If businesses ask how to better help customers and press breaks out as a result, well…at least we’re on the right track.

Closing the social customer horseshoe to create a complete circle is the equivalent of a holistic experience. Fixing customer service is not the goal here. Improving customer service and delivering an integrated experience will not only help customers feel valued, but also establish a competitive advantage. In the end, businesses that invest in customer retention and acquisition to deliver positive experiences, regardless of platform, will strengthen relationships and loyalty and additionally contribute to organic advocacy.

Part 1 – Digital Darwinism, Who’s Next
Part 2 – Social Media’s Impending Flood of Customer Unlikes and Unfollows
Part 3 – Social Media Customer Service is a Failure!
Part 4 – I think we need some time apart, it’s not me, it’s you
Part 5 – We are the 5th P: People
Part 6 – The State of Social Media 2011: Social is the new normal
Part 7 – I like you, but not in that way
Part 8 – Are You Building a Social Brand or a Social Business?
Part 9 – CMO’s are at the Crossroads of Customer Transactions and Engagement
Part 10 – From Social Commerce to Syndicated Commerce
Part 11 – You can’t go back to create a new beginning, but you can begin to change the ending
Part 12 – How to Make Customer Service Matter Again Part 1

book business customer customer+service end of business as usual prequel service
« Previous PostWho Are the True Digital Movers, Shakers, and Influencers?
Next Post »Why Your Business Should Be on Google+ 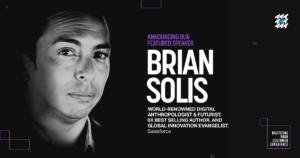 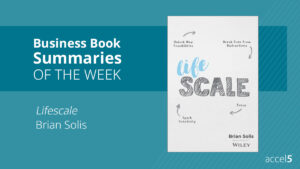