A new app that lets you send “yo” to friends is real and its initial $1 million investment is also real.

Merriam-Webster defines the word “yo” as an interjection used to grab someone’s attention.

Yo certainly has done just that by grabbing everyone’s attention.

Founded by Arbel, who built the app three months ago in 8 hours, has moved from Israel to San Francisco. The app was launching on, no fooling here, April Fool’s Day and it seems to only be getting momentum. In fact, it has so far attracted over 50,000 users who have sent about 4 million Yos.

But honestly, in its own strange but familiar way, Yo plays on a natural form of expression. Digitally minimalistic, here, the medium is the message and also the message is the medium.

Think about how may txts, DMs, or messages you receive that simply say, “yo.” For me, it’s quite a bit. The difference though is that in each network, there’s a customary standard to follow up an exchange of “yo’s” with “what’s up?” Essentially the conversation continues or feels like it has to. To counter, you might reply “nothing, just sending a shout out.” So, in this case or others like it, you are forced to either explain your engagement or feel the need to just close out the conversation. “Yo” isn’t good enough in this regard. It needs something else. Sometimes, many times, you wish to express something as simple as “yo….I’m just thinking about you” or “yo…did you see this?” and leave it at that.

As crazy as it sounds, I liken a “yo” to Facebook’s “Poke.” Is that a good thing? You tell me. In some ways it’s not unlike a Facebook “Like” or “Favorite” on Twitter as well. According to the Arbel though, Yo is opening up an API, which will allow integration into platforms where “Yo” can signify, “check this out” among other things.

Now, do you need an app for this? Probably not. But, the buzz it’s generating symbolizes our digital addiction. After all, we’re called “users” for a reason.

If something like Yo appeals to us so that we can simply let people know we’re thinking about them, but need an app to do it, it says something about our so-called digital life, our dependence on technology and society overall. Perhaps there’s something to the rising trend of digital detox retreats after all.

Right or wrong, it is indeed interesting to observe and attempt to understand. At a minimum however, it is representative of a new wave of frictionless apps that focus on minimized, fast, and straightforward engagement. This is why many believe that apps that are native to the notification center, where the notification is the app, are quite possibly the next big thing.

UPDATE: Yo for business is coming. Arbel shared with the Wall Street Journal, ““Our aim is to develop the ecosystem around Yo.”

app detox deuces digital favorite like yo
« Previous PostEvery Company is a Cloud Company: The Relationship Between Technology and the Future of Business
Next Post »Reuters: Bay Area techies ditch phones, tablets at ‘digital detox’ camp 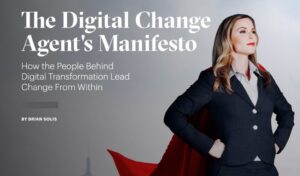