Sometimes, in fact oftentimes, the most important audience for your message are the people who are already working for you.

In an age of online surveys and instant feedback across social channels, articulating your message to the people who work in your company can often be neglected. In fact, if you haven’t convinced and energized your own people, you’re going to be hard pressed to convince the market.

My early marketing days were working with Larry Ellison at Oracle and one of his key philosophies was that marketing wasn’t just for people outside the company but rather for our teams within the company so that they understand what we are selling, how to discuss it and differentiate it. That goes for the marketing team as well.

Marketing is about asking people to believe what we’re saying at scale. We need to be convinced enough about what we do in order to tell them why we’re so great. The most powerful method is by having everyone authentically understand and believe in the brand promise. Then you no longer have to market, you get a chance to create a movement through your best advocates, your employees.

Take our recent NetSuite campaign #HelloDisruptors for example. The campaign features NetSuite customers who are disrupting their industry, businesses like Lyft, FitBit and Alton Lane. We’re integrating that with social media, and the really cool part, a rock ‘n’ roll tour bus. We’re working with Dorothy (@itsdorothysucka), one of the kick-ass guest bands from our SuiteWorld user conference in May, outfitting their tour bus, encouraging people to take pictures of the bus and asking them to post those images to social media for a chance to win giveaways from our awesome customers disrupting their industry.

It got us a three-way win. First, it showcased internally what fresh marketing looks like and some of the new things that we want to do here at NetSuite. Secondly, we wanted to make this about real customers, not just logo slathering, but something authentic and exciting. And nothing is more exciting than a rock ‘n’ roll around the city and cool prizes. That gives people a chance to take a second look at NetSuite and say, “maybe I don’t know them as well as I thought.”

Third, we hit one of our core tenants of storytelling. Humans want to tell stories. We are creatures that like to do things around social needs. We started sitting around campfires cooking food, telling stories, then we started the art of music.

And that’s a key point here. You can’t assume your internal audiences will understand your message. Many will without any prodding but getting everyone on the same page and motivated is paramount.

Let’s face it, much of NetSuite’s history is focused around accounting software. Not necessarily an obviously sexy topic, but as it turns out it is VERY sexy. We’re the platform of choice for some very cool, very disruptive businesses. The chance to highlight these disruptive companies, along with some disruptive voices in the market was a great way for our team to puff their chest up a little bit.

If your own team isn’t excited and proud, it’s hard to expect the same from your customers. And, as I’ve said in this space before, if we make a difference for our customers, they, in turn, will market us to their own customers. Then marketing becomes more focused on community building and helping to inspire members of that community to engage with their peers.

Being able to activate that army of people with that passion of conviction, that is when you get this epic wave – it becomes an obligation, not just an opportunity.

Yes, establishing that conviction can be a challenge. It’s a process, much like a habit. Habits aren’t just hard to kick, they’re hard to establish. No one says, “I can’t wait to start flossing.” Establishing a habit of conviction in your company, your product, your movement demands positive reinforcement. We’re reinforcing the great stories of our customers with #HelloDisruptors. 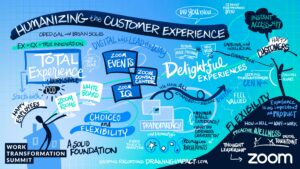 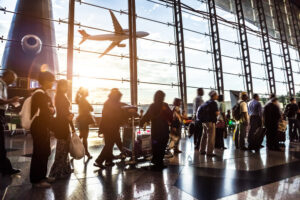