Home » blog » Disruptive Technology » Level Up: An Introduction to the 5 Different Levels of Self-Driving Cars
Go Back

Level Up: An Introduction to the 5 Different Levels of Self-Driving Cars With all of the talk about self-driving cars, you’d think that they were already on our streets. Well, technically in some states such as California, Nevada and Pennsylvania, automakers and technology vendors are already publicly testing autonomous vehicles¾with human drivers and engineers onboard. You might have also heard about the Tesla’s driving around town in “Autopilot” mode where drivers are doing everything but driving. Not all autonomous cars are the same. While engineers are striving for full self-driving mode one day, there are levels of autonomy that are hitting the roads for consumers now and also becoming more sophisticated intelligent over the coming years.

Beyond Tesla, many automakers have introduce “Level 1” or “Level 2” semi-autonomous features that bring the race to self-driving (Level 4 or 5) cars closer to reality each day. For example, some vehicles can self-park, suddenly stop to avoid collision, operate in adaptive cruise control mode, accelerating and slowing with the pace of traffic, or maintain a center position within a lane or change lanes, etc. This is just a small list of new features rolling out today and tomorrow.

But, what do these levels actually mean and how do cars progress toward robo-mode in the future?

To help, I’ve assembled a handy chart and set of descriptions by translating existing descriptions from multiple sources into something I hope helps better explain everything to the masses. A human driver is required to operate the vehicle safely at all times.

A human driver is required for all critical functions. The car can alert the driver to road conditions, environment and potential obstructions. In specific scenarios, the car can offer assisted capabilities such as steering (lane keeping) OR acceleration/deceleration in cruise control modes. The car can also stop itself to prevent collisions in certain conditions.

At least two simultaneous tasks become are managed by the vehicle in specific scenarios. In adaptive cruise control mode, for example, drivers can remove their hands from the steering wheel and their foot from the acceleration pedal leaving the car to drive itself at a pre-set speed while maintain a safe distance from other cars and also keeping itself within its lane. Automated lane changing and overtake capabilities are also introduced. The car also offers the ability to self-park in perpendicular or parallel spaces once driver places it into position.

The car becomes a co-pilot.

A critical shift in environmental monitoring awareness begins to take place. The vehicle now can manage most safety-critical driving functions in known (mapped) certain environmental conditions, i.e. highways and in traffic. A human driver is still present and expected to manage vehicle operation.

Capable of performing all safety-critical driving functions while monitoring environments/conditions in defined use cases.

According to the NHTSA, this is full self-driving automation. Here, vehicles only require input on destination and navigation details but humans are not required as pilots.  SAE defines level 4 as the specific performance by an automated driving system that includes all aspects of the dynamic driving task. SAE suggests that self-driving is fully possible in most road conditions and environments without need of human intervention between destination points. A functional driver cockpit is still in place (steering wheel, brake/acceleration pedal, etc.)

Vehicle in control (once input is provided and in most situations).

There is no level 5 per the NHTSA but the SAE outlines “5” as full-time automated driving in all roadway and environmental conditions without a human driver. These vehicles will not feature driving equipment and will no longer look like the vehicles of the past. They will take on new shapes to focus on human comfort and productivity, resembling lounges, offices, etc.

The State of Autonomous Vehicles

At the beginning of 2016, I started tracking the players in the autonomous industry. Every week I was updating and adding to the database. Toward the end of the year, it was becoming a part-time job just to keep it up to date. I wondered, if I had to do this much work to understand what’s going on, then how is everyone else supposed to stay up-to-date?

CES 2017 will be the starting line for a much faster competition. Anyone tracking the space can benefit from a primer. Ahead of CES, my colleagues at Altimeter, a Prophet company, Jaimy Szymanski, Aubrey Littleton and I, are releasing one of the most comprehensive reports on the “State of Autonomous Driving.”

This new report is being made available to everyone freely because the space is overwhelming and someone needed to organize everything in one place. This is being released as a beta version and features the up-to-date activity of 22 automakers and 34 HW/SW companies.

I hope it helps you…

Photo Credit:
A member of the media test drives a Tesla Motors Inc. Model S car equipped with Autopilot in Palo Alto, California. Autopilot is a step toward the vision of autonomous or self-driving cars, and includes features like automatic lane changing and the ability of the Model S to parallel park for you. Photographer: David Paul Morris/Bloomberg via Getty Images 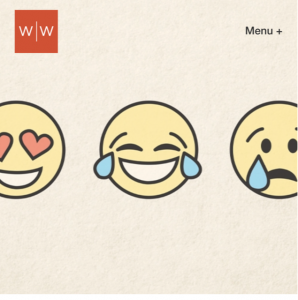