Home » blog » Digital Transformation » Surviving Digital Darwinism and Thriving Against Disruption: It’s The Survival of the Most Disruptive
Go Back

Surviving Digital Darwinism and Thriving Against Disruption: It’s The Survival of the Most Disruptive 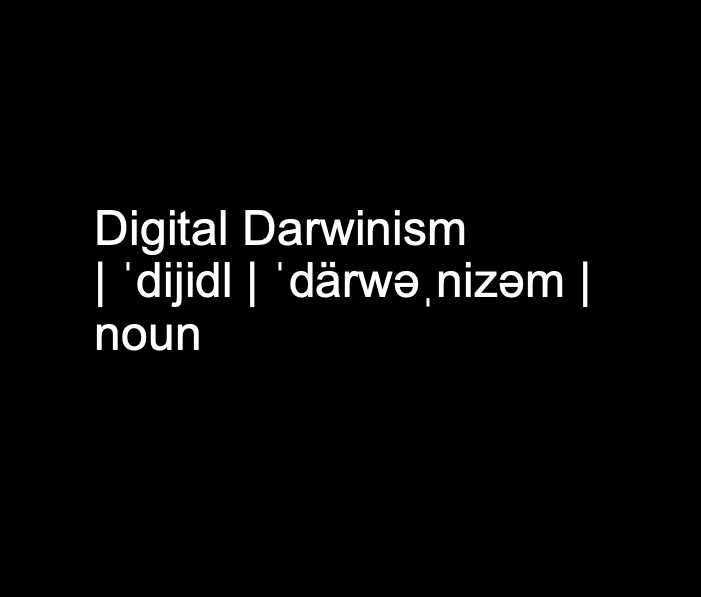 Wow. What an experience. I was asked to present at the incredible Macquarie 2021 Australia Conference, one of the most innovative financial services organization in the world. Following the event, the team at Macquarie shared insights from the conference and I wanted to also share them here with you.

COVID-19 has indelibly shaped the way we connect and consume, and in doing so has accelerated the digitisation trend by many years.

And it’s the companies pushing this evolution further forward that are poised to be the winners in the high-stakes era of what Brian Solis would call ‘Digital Darwinism’: when consumer behaviour, society and technology evolve faster than some companies’ ability to adapt.

The disruption being caused by a complete halt to immigration, decentralising cities, rural migration, remote working, online learning, at-home shopping and the mass move to ‘doing it online by default’ has proliferated opportunities for new disruptive technologies. But it is also leaving behind the laggards by making it harder to catch up. 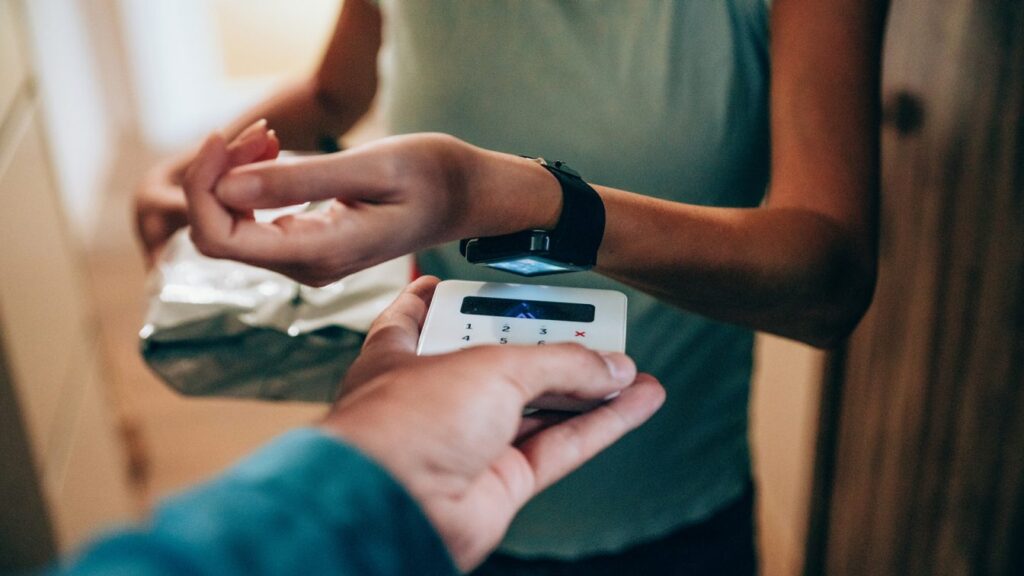 A new look for Layby

While Australia and New Zealand saw an overnight step-change in consumer behaviour in early 2020, the shift from bricks and mortar retail to e-commerce and digital payments has been a long-term structural shift. Keynote speaker at Macquarie’s 2021 Australia Conference, Global Innovation Evangelist at Salesforce, Brian Solis reflects on the acceleration of this trend.

“Now more than ever, Digital Darwinism is a factor in every single industry. Every great transformation has changed how people – not just customers and employees – but how people operate, connect and communicate. Because of mindsets, operational processes and self-imposed limitations, businesses in general have not kept up with the pace of this evolution.”

While the pandemic didn’t create Digital Darwinism, the companies and industries that were pulling digitisation forward – such as the providers of Buy Now, Pay Later (BNPL) services – are now taking advantage of its rapid acceleration and capitalising on the exponential changes in consumer behaviour.

BNPL is one of the key disruptive payment methods that have experienced explosive growth in the past few years, and which – with the increase in non-essential stimulus spending and stockpiling of goods in the first wave of lockdown, – became more appealing to rural, remote and self-isolating consumers during the COVID-19 pandemic. For the lucrative BNPLs, the predicted trajectory for growth is positive, but by acting as a tailwind on the sector this will bring more and more competitors fighting for market share.

Macquarie’s Research Analyst Wei Sim believes that there will be a few years of oversupply, before the supply and demand reaches equilibrium and leads to industry consolidation of BNPL services.

“If we look at other industries with this type of boom-bust cycle, we ultimately see the strong getting stronger and the weak losing out. The players set to survive and thrive are better capitalised and have a vaster two-sided network of merchants and users, which will allow them to entrench themselves as a preferred BNPL payment method. Those without the capital and network reach stand to lose market share as merchants become more selective on their BNPL offerings”, says Sim.

As a backdrop to this competitive landscape, the introduction of new digital infrastructure such as the New Payments Platform (NPP) and Open Banking in Australia is a positive step towards fostering further innovation in the fintech landscape by enabling players to identify gaps in the market and encourage new, consumer-centric innovations.

The death of the physical wallet

The biggest loser from the acceleration of digitisation will be the humble physical wallet.

A desire to limit the contraction and spread of COVID-19 saw a global decrease in ATM usage last year and an increase in merchants accepting digital-only payments. This shift away from the use of cash resulted in 2,150 ATMs being decommissioned in Australia alone between June and August 2020.

It also led to consumers experimenting with new shopping and payment methods in most major countries around the world, including Australia, where 57 per cent abandoned their loyalty to one retail brand or shopping method to trial others.

In stark contrast, however, is China, where digital wallets have been the payment method of choice for some time. They’re now used for between 80 and 90 per cent of daily transactions.

With Australia still in the early stages of the adoption of digital wallets, Sim reflects on the challenges that corporates and emerging tech players will need to overcome to encourage further adoption by both the country’s consumers and retailers.

“China is a different market as they largely leap-frogged the physical cards market and went straight from cash to digital payments. The barrier to the widespread adoption of digital wallets for Australia is that we’re accustomed to using cards, but in a post-COVID-19 and increasingly digital world, that is changing.”

While there is still uncertainty for preferred payment methods in Australia, one thing is for certain: digital payments are and will continue to be the beneficiaries of Digital Darwinism.

Mass migration to the cloud

Another key consequence of the decentralisation and dispersing of the workforce and education and healthcare systems over the past year has been the mass migration to cloud-based platforms. This is evidenced by the sector’s 26 per cent annual growth rate (CAGR) and an expected rise in spending on Infrastructure as a Service (IaaS) from $A907 million in 2019 to a $A2 billion by 2024. Such a significant increase in investment over the next 12 months is expected to stem from around seven in ten Australian businesses investing more in data analytics (72 per cent) and cloud-based software (68 per cent), and two-thirds (66 per cent) investing in greater cybersecurity.

How long will data growth continue at this pace? The consensus in the technology world is that the amount of data generated by consumers and enterprises will keep increasing by 20-25 per cent per year,7 boosting demand for cybersecurity, data centres, software providers enabling easy creation and management of network connections and new technologies like 5G, to stay ahead of the competition.

The disruption caused by the pandemic has created an opportunity for legacy analogue-dependant businesses and industries to close the digital gap. The players that commit to long-term investment in digital infrastructure to support this perpetual growth of data will be best placed to bridge the divide, while simultaneously future-proofing products and processes against the next acceleration or disruption.

Survival of the most disruptive 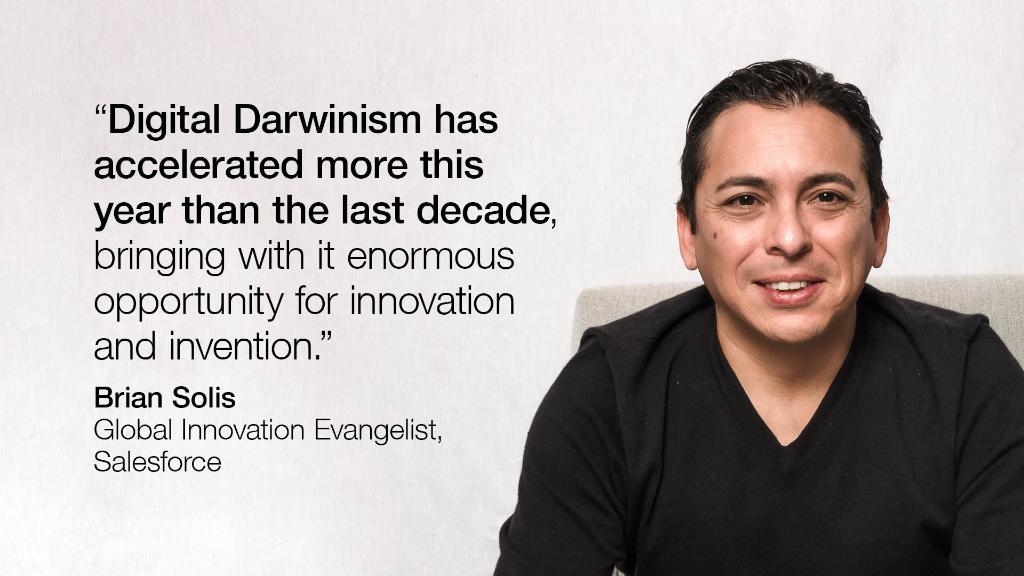 According to Solis, the victims of Digital Darwinism often succumb to two common mistakes.

The first is to confuse iteration with innovation. Innovation does not translate to ‘new’, but rather, ‘net new value’. The truest definition of disruption is if the new thing unlocks new value so that the old process or product becomes obsolete.

The second is the need for businesses to recognise that their consumers are people in a pandemic, and they are changing every day. Therefore, the prerequisites for survival in the era of Digital Darwinism are agility, adaptation to a consumer-led pace and acknowledgment of the impact that the pandemic has had on consumers’ needs and intrinsic beliefs.

Solis left the Macquarie 2021 Australia Conference with a prophetic message to attendees.

“These times are anything but the ‘new normal’. This isn’t a race toward normalcy. It’s a moment of transition and reflection, to build the future we really want. If we return to ‘normal’, we will have missed the lesson and the opportunity in this disruption.” 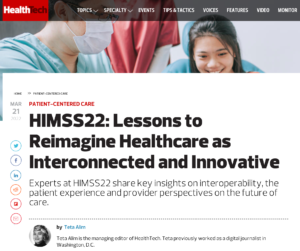