When ROI Represents the Realization of Influence 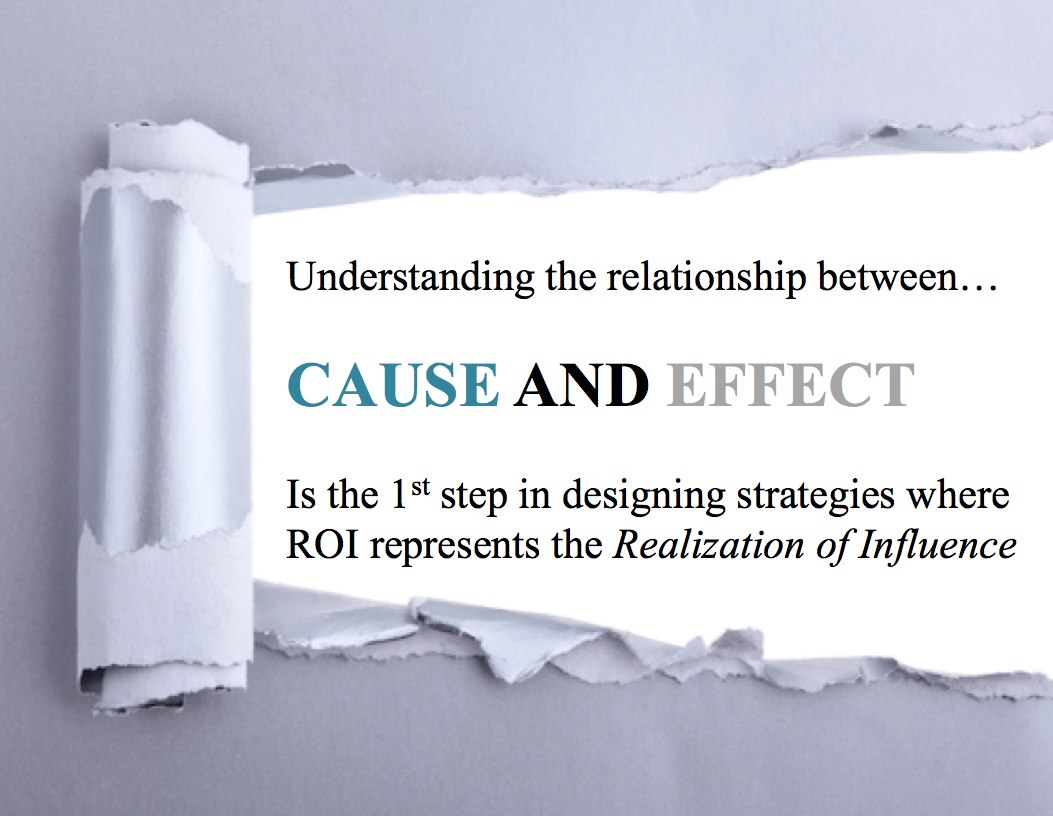 Vincenzo Cosenza is a new media strategist living in Italy who has over the years, designed some of the industry’s most comprehensive infographics on social media’s global footprint. Recently, he asked if I would write the foreword for his new book, Social Media ROI. And, as I’m a fan of his work, it was an easy decision. As usual however, I asked for permission to share it with you here and his publisher agreed. This is the only place where you can read this in English…

For the record, I also wrote the foreword for Olivier Blanchard’s book, Social Media ROI in early 2011.  Yes…same name. I’m not a supporter of the fact that the publisher of this latest book did not take Olivier’s title into account. But for the purpose of this post, I’d like to focus on the evolution off the topic. In Olivier’s book, I concentrated on the disconnect in POVs between executives and social strategies, where ROI for all intents and purposes represents Return on Ignorance. His book makes a compelling case for convincing the c-suite and also empowers social strategists to design meaningful ROI initiatives.

In Vincenzo’s book, I look at ROI through a different lens, exploring its relationship to influence. It’s a complementary approach and here, a bit more theoretical as I try to raise the bar for strategies overall.

In the book Engage, I introduced a metric that tracked Return on Influence. Here, I wanted to expand on the methodology of that metric to better define the relationship between cause and effect and the role you play in it. Thus, ROI in this context becomes the Realization of Influence. The idea was to raise the stakes in the equation, to design desired actions and conversion into our strategies so that ROI measured real change, outcomes, and the progress of transformation. While similar, it’s a subtle nuance that’s powerful.

Influence: To cause effect or change behavior

New ROI: Measure caused effect and outcomes and/or the tracked change in behavior over a fixed period of time

In the development of new ROI strategies, the result is a truly a measurement of influence. No, it’s not a score. It’s a metric of cause and effect. As such, you become an architect of influence as you define the change or actions you wish to see. In the strategies that you develop over time as by definition, you introduce initiatives that cause effect or change behavior and you can measure it. While you still calculate return on investment, you are also measuring the realization of influence. And, it’s far more accurate than a traditional influence score.

When ROI Represents the Realization of Influence

In social media, one of the most often asked questions is what’s the ROI? Surprisingly, this question is voiced without an understanding of why it’s asked in the first place. If the answer is “I don’t know,” it makes it a simple and grounded decision to either minimally invest in social media pilot programs or not invest in any new media efforts whatsoever. If the answer is, “this is the ROI we can expect from the following initiatives,” you’ll witness an incredible transformation of doubt or skepticism into curiosity and eagerness.

Indeed, new media represents a necessary change in direction to improve customer relationships and experiences, develop more significant products and services, and increase overall reach and market share. But remember, what you know and what decision makers need to know are on two different sides of the same coin. Both seek relevance and success for the organization. The difference is that only one side will attempt to unite everyone around a common vision for the future. And in this book, Vincenzo Cosenza will help you address one of the most important questions hindering the evolution of modern business, “what’s the ROI?”

The reality is that no matter how creative the idea or however brilliant the strategy, it is the responsibility of decision makers to evaluate proposals based on merit, thoughtfulness and impact to the organization. People, time, capital, technology, are finite resources. It really comes down to opportunity costs. If the organization invests in new media initially, it either must “create” new resources and funds or it must borrow from elsewhere. For you to realize your vision and to bring your plan to life, you must tie everything to Business objectives and priorities or demonstrate how your strategy will push the organization forward.

It comes down to numbers and core values. Will your ideas perform against or exceed existing business metrics and KPIs? And, do they align with or improve the values of the organization and the universal aspiration for building customer relationships. Performance metrics are a key part in measuring progress and communicating whether or not you’re on plan. They also force us to think through strategies at the beginning of the process, so that initiatives unfold as designed or intended.

In many ways, performance metrics are a subset of influence. And, influence is an underestimated or misunderstood business purpose. Influence is the ability to cause effect or change behavior. And as you think about ROI, think beyond numbers. Become an architect of relevance where cause and effect become the foundation for how you build the business of the future. Developing strategies where cause and effect are the catalysts for performance inspires strategies rooted in significance whereas metrics and KPIs document real transformation. I like to think about ROI in this regard as Realization of Influence…tracking the relationship between cause and effect or the change in behavior. 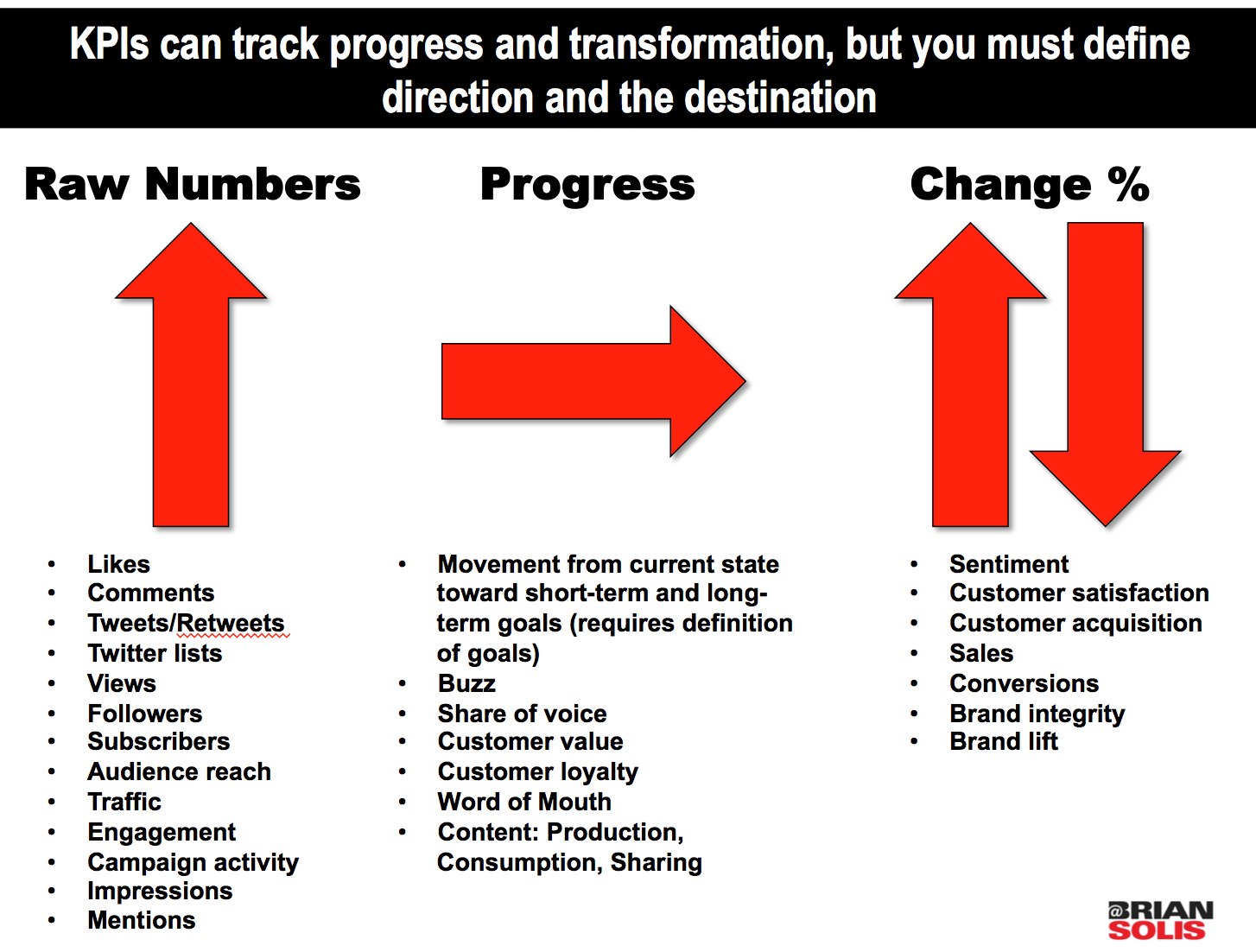 As such, packaging raw numbers requires deeper consideration to demonstrate progress toward business objectives and priorities.