9 Ways to Improve the Signal to Noise Ratio on Twitter 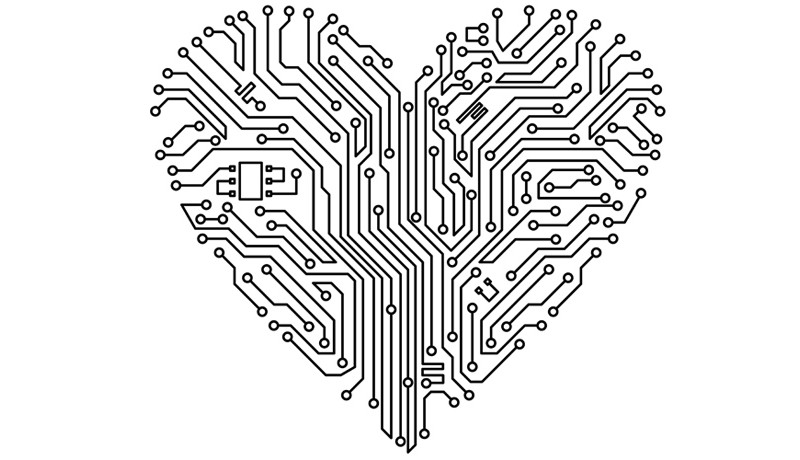 Even at 250 million Tweets per day in addition to the updates across Facebook, Google+, Pinterest, and every other feed that we willfully subscribe to, information overload is in of itself a fallacy. But the feeling the overload of information is very real and a reflection of our inability to pull the levers necessary to decrease noise and improve signal. Doing so, requires some very blatant actions that don’t simply reduce the volume of the information we don’t care to see as often, it requires disconnecting from human beings. Whether we’re severing ties with individuals or those representing an organization we once supported, it’s emotional. It’s an action that carries an element of guilt knowing that at some point, our action will cause an incremental blow to the psyche of the individual we’re unfollowing.

I know…so what right?

It still is what it is. Yet, we don’t unfollow or unlike as often as we should. So by not reminding people to not be more thoughtful about their posts and updates, we are by default enabling their objectionable behavior.

Think about why you Tweet or update your status. It’s part self-expression, part therapy, part fulfilling, and of course, part egocentric. You share something and naturally, you await or anticipate a response. There’s a bit of anticipation that builds up around it. Have you ever tried Qwitter? It’s an old school service, when compared to the overall history of the Twitter ecosystem, that tells you who unfollowed you, when, and gives you the Tweet that sent them over the edge.

We are as guilty by our inaction as others are for their action. And at the same time, we are also guilty of contributing to the noise. The truth is that it’s easier to blame others than hold up a digital mirror.  But now, some very interesting reports are substantiating what we’re feeling. In one such study conducted by researchers at Carnegie Mellon University, MIT and Georgia Tech, people on Twitter said that only one-third of Tweets that hit their streams are worthwhile. All others are either at best “meh” or not worth reading at all. It’s not a surprise of course that a well-received Tweet is not all that common.

So, what makes a Tweet worthy of response or sharing? The team is currently studying the specifics, but initial findings point to tweets that included questions, featured curated/relevant information with added personality, and those used for self-promotion, such as including links to original content.

Paul André, a post-doctoral fellow in Carnegie Mellon’s Human-Computer Interaction Institute (HCII) and lead author of the study explained an important outcome of the research, “If we understood what is worth reading and why, we might design better tools for presenting and filtering content, as well as help people understand the expectations of other users.”

While we await tools that will save us from ourselves, the research team documented nine best practices to use as an editorial guideline of sorts. While the information is drawn from insights on Twitter, I’m sure that they apply across other networks as well. The idea is that these lessons will improve our own streams while inspiring others to do the same…

1. News No Longer Breaks, it Tweets: Old news is no news. Twitter places emphasis on real-time information. Followers quickly get bored of even relatively fresh links seen multiple times – unless they’re repackaged through a different lens of context or perspective.

2. Add Perspective: Opinions in social media tend to spark dialogue. So, add an opinion, a pertinent fact or move the conversation forward rather than simply sending your update or hitting Like or Retweet. Consider the MT (modified Tweet) if you will to express your views. It is the difference between who you know you are and who others think you are that is fortified through your words.

3. K.I.S.S.: I often say, in brevity there’s clarity. Of course, it’s easier said than done. Studies show that followers appreciate conciseness. Keep it short. Using as few characters as possible also leaves room for longer, more satisfying comments on retweets. But even that’s not enough. Think about a new K.I.S.S. where simplicity is replaced with significance and short is substituted with baked-in shareability (Keep It Significant and Shareable).

4. Don’t #geekout with @’s and #Syntax LOL <-This!: It’s pretty easy to geek out on Twitter…especially when using 140 characters is already too complicated (kidding). Often we’re compelled to overuse Twitter syntax such as #hashtags, @mentions, code, and abbreviations. But, if you study the art and science of Retweets, you’ll quickly learn that syntax might make you seem cool, but these tweets are harder to read, interpret, and by default, are unshareable. However, syntax can be helpful when context is inherent in the Tweet. For example, if posing a question, adding a hashtag that explains the nature of or the inspiration for the Tweet helps everyone follow along, which also lends to reactions.

5. Strengthen Your Inner Voice: For some reason, Twitter debilitates our ability to practice self restraint and therefore we are somehow inspired to express nonessential experiences. As the study found, these cliched “sandwich” Tweets about pedestrian or personal details were by and large disliked. If Tweets had an “unfavorite” button or if Facebook employed an “unlike” button, people would learn in real-time the hard lessons delivered through services such as Qwitter.

6. Context is King: As discussed early with K.I.S.S., short isn’t always a #winning strategy. Sometimes Tweets that are too short leave readers unable to understand their meaning. How many times have you read a Tweet where context, intention, or tone was impossible to discern? The study found that by simply linking to a blog or photo, without providing a reason to click on it was “lame.” Think about each Tweet or update as contributing to an experience or image that you want others to see of you or of your perspective.

7. If You Don’t Have Anything Good to Say…:  This is interesting to say the least. It should be no surprise that negative sentiments and complaints were disliked. Yet, people complain every day. In fact, there’s a bit of an inside joke on Twitter. It seems that only “social media experts” have problems with airlines because we’ll hear about it every time.  Studies show that too many complaints only turn off followers. The same is true on Facebook. Coincidentally, we are also learning that by taking to Twitter to vent, it’s both becoming the quickest path to resolution and also the act of expressing frustration proves cathartic. The community is far more forgiving of negative Tweets aimed at companies. But, if you aim your negativity at individuals regularly, you will lose favor among your followeres. Find.the.balance.

8. Introduce Brain Teasers: Savvy marketers, producers, and editors alike figured out long ago that building anticipation creates an appetite before an official release. While this isn’t new to the world of distribution, simply releasing content isn’t good enough. The idea is too build strategic and thoughtful anticipation for big Tweets. Often, if we’re caught up in conversations or observations, we miss an opportunity to alert followers that something big is about to come. So when we say something important, the response is stunted. Additionally, like news or professional organizations that want readers to click on their links, add a compelling hook. It’s important to not give away all of the news in the Tweet itself. Intrigue your followers.

9. Brands are People Too:  The study found that individuals or businesses with a public persona should pay particular attention to how their status updates lend to the brand they wish to portray. Sounds incredibly commonsensical, but it’s not as it ties to several of the bullets above. People often say things that erode the mystique or the grandeur of a persona by measure of the expectations of the community.  As the authors of the report share, “People often follow you to read professional insights and can be put off by personal gossip or everyday details.” I believe this is true for any individual or organization and as such, what’s shared and what isn’t shared should contribute to the perception desired.

Of course, it doesn’t take technology to introduce the importance of self-control and governance. But that’s part of the marvel here. We may in fact need tools to do what it is we cannot, tune out people en massé or withhold from expressing what we think in the moment or only say the things that reinforce the “personal brand” we envision. Whatever it is we do moving forward, what’s clear is that, according to research, Twitter, Facebook and other social networks are only reflections of our real world society. In the digital realm, by tweeting our lives, one can proudly exclaim, “I Tweet therefore I am.” And at the same time, one must consider whether or not simply Tweeting what comes to mind isn’t just contributing to a far more likely reality, “I Tweet and therefore I am…adding to the noise.”