Home » blog » Business Growth » Untethered From Tradition: How I Got Here
Go Back

Untethered From Tradition: How I Got Here I didn’t set out to be an author, speaker or digital analyst/anthropologist. It just happened over the years.

When I was younger, I studied economics and journalism. I actively experimented in online marketing. I was also a musician/songwriter.

I spent some time with my friends over at Onboardly to answer just that. I’d like to share the transcription of our conversation with you here…

The Freedom to Experiment

1. You’re a best selling author, well known blogger and keynote speaker. How did you get your start in the industry?

It’s one of those stories where what you end up doing is not what you set out to do in the beginning. I had always been interested in technology, but at the same time I was always equally interested in music and journalism. Of course, this was at a time when you followed in the footsteps of the generations before you – going to college, getting a job, saving your money. In trying to pay the bills I took work in areas that might not have been interesting to me for the long term, but they were good companies and a good paycheck at the time. You kinda get caught up in this cycle of “working to work” and somewhere along the way I had the fortunate opportunity to meet that one person that changes your direction.

This one person in particular left their place of employment to go to a new type of marketing agency that was focused on technology. This was in 1990 or 1991. She recruited me and I went over there as a database architect. I thought it was fascinating that I got to work in technology, but I also thought it was equally fascinating to watch the advertising world around me try to cater to technologists when none of the marketers at this agency were technologists – they were all creative professionals. I observed a disconnect between how they approached technology – through beauty, imagery and branding as opposed to benefits, functionality, real-world needs, challenges, solutions. I asked the president of the agency if I could have a shot at leading some of the campaigns as a technologist.

That was my start in technology marketing. The one thing that I had going for me (or against me, depending on how you look at it) is that I didn’t have classical training in marketing so I invented as I went. Not having that history made me find new and creative solutions to reach results. Sure, I had to go back and learn things, but it also didn’t tether me to tradition.

I had the freedom to experiment, and that’s really how I got my start.

We Are All Artists

2. What’s the greatest struggle in being a digital analyst or business strategist?

I didn’t set out to be a technology analyst or a marketer. Over the years as I started to find new and creative ways to market, I started to learn that when these ways were effective, they were really effective and there was really nothing like it out there. I realized that I had an opportunity to share what I was learning.

Through sharing, I became more well known in the marketing industry, making my name because I was bucking the system and inventing new ways to get better results. Yet people trying to hire me weren’t asking me to come in and buck their system. I finally took a job in a larger organization where they wanted me because they thought I was a “rockstar.” I guess at that time, being a rockstar was like being an entrepreneur or intrapreneur where you’re pushing things forward, building things, breaking things and over time it really starts affecting the culture you’re working in. In this case, what it did was put me on the other side of the direction of the company rather than being a part of the shaping of the direction.

My mentor (Dan Post aka DP), the general manager of that agency, said to me “Look, you can stay here and I’ll protect you, or perhaps you might go out and try something on your own… that sets the standard for others to follow, so that others who believe constraint forces creativity to drive business growth (growth hackers nowadays) would have someone else they can follow and not have to push against the walls that are only going to push back.”

So I did. In February of 1999 I started my own marketing agency and my own lab that I’d run for 12 years. The reason why I became an analyst is over the course of that 12 years we had a lot of great successes and did a lot of amazing work, but in every case I noticed that the people we were working with — whether it be the CEO, CMO, Director of Marketing — I would hear about how frustrated they were when they were trying to do new things within their traditional environments. Even though we were having successes together, a lot of times their peers or higher-ups couldn’t fully appreciate it. They were having the same problems I was having when I started my own company with acting as an entrepreneur, trying new things, realizing that technology was changing everything and this was a blank canvas.

We were all artists, and people didn’t want artists. They wanted employees who did certain things a certain way, and that’s when I realized that the real impact that I could have on the future of marketing and ultimately the future of business was to get an audience with executives – get them to listen, get them to see that it really wasn’t about trendiness or “bucking the system,” that it was about getting businesses to be more resilient to compete in a more digital world.

They wouldn’t listen to a marketer, but they would listen to an analyst.

3. What is the number one takeaway from your new book, The Future of Business, for startups and entrepreneurs?

After helping to advise or launch over 1,000 startups there is a series of common mistakes that entrepreneurs often make. They think that earning support around their idea is enough on its own merit to make the idea successful. Sometimes ideas are powerful enough, but most of the time you have to build demand, and a lot of the time you have to create markets that don’t yet exist. You have to change behavior to do something differently than the way it’s being done today. Uber is a perfect example of that. Once everybody uses Uber it’s completely natural as to why they would use it and the value process around that, but a lot of times people are just fine hailing a cab. (Or trying to hail a cab.)

So the number one takeaway that entrepreneurs or anyone who reads the book will get is to understand that everyone is competing for attention, and business as usual won’t cut it. This book helps you understand how to reach your desired customer your way; how to make a compelling case to bring them into an ecosystem. Because you get them, you understand what they need, you understand what they may not know that they need. You need to be able to communicate that to them in a way that makes them want to be a part of your community. It’s about the experience, which triggers emotions, which triggers shared experiences that influence the behaviors and decisions of other people and their peers. That’s what this is really about, and it’s the part that most people forget.

Write For the People You Want to Reach

4. What strategies have you used to scale your blog to the level that it’s at today?

Here’s what I’ve learned: there are multiple phases a customer goes through in their relationship with any business, and content needs to address those states of mind in the right time and the right place. That means that you have to be relentless in the content that you create, so it doesn’t just market at people but that it solves problems; answers questions; helps people become who they aspire to be. You’re not writing for you. You’re writing for the people you’re trying to reach. There’s a really big difference when you ask “What are my customers asking over and over again on Google?” and “What’s coming back?” and “What are they trying to accomplish with that discovery process?”

There’s an empathetic approach to content marketing that becomes organic. It becomes living, it becomes very much an extension of the ethos of the brand and not just a function of marketing. That’s why I say the future of marketing is not marketing at all. It’s about seeing people and leading them because you get it. It changes the game. It makes content marketing a privilege rather than something you have to do because that’s what everybody is trying to do and because Oreo is talking about real-time marketing.

Content marketing is about a social object that sparks discovery, that sparks conversation, that sparks what I call A.R.T. (Actions, Reactions, and Transactions), where you’re creating experiences around that content around every step of the journey. You’re arming people with stuff to share. You’re placing stuff in networks that people can find, discover, and in turn spread.

briansolis business marketing disruption interview onboardly
« Previous PostCITY A.M.: Who to follow on LinkedIn in 2015
Next Post »Crossing the Experience Divide: Creating positive, lasting experiences is a crucial mandate for any brand 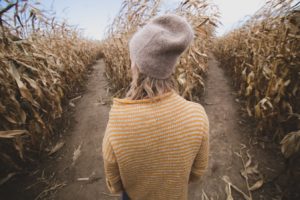 4 COMMENTS ON THIS POST To “Untethered From Tradition: How I Got Here”